In 2003, we witnessed a few notable instances; Finding Nemo opened at the box office to a near one billion dollars, the world lost Johnny Cash and a high school student made a website that would much later be the catalyst to the creation of a world famous decentralised international hacktivist group. Even more so than that, it would go on to serve as a hub for both complete sick depravity and enveloping purity, a community in which you could be actively involved within a massive group of individuals hell bent in bringing justice to an animal abuser, but where you would have to scroll past a few unpleasant images of genitals to get there. While a vast majority of those whom use the internet regularly today may not be familiar with 4chan.org or it’s contents, a large percentage would unwittingly be participants in it’s biggest success…

For my Digital Artefact I will be exploring Virtual Reality and experiences the medium allows. I’m not sure yet what I want to focus on but I’m interested in two main areas:

In this blog post I propose lots of questions I can delve into further later.

Despite that virtual reality was only developed as a modern technology several decades ago, it has gained vast popularity and soon became one of the most essential technologies. The technology implements virtual scenarios that vividly resembles realistic situations, using the power of computers. Apart from its quick success and the huge demand for its application in the video gaming market, other realms of life, such as architecture, aviation, healthcare and military, are also currently taking advantage of the virtual reality technology. The developers and experts are now working to perform further in-depth development, and hoping to produce great outcomes of virtual reality, in addition to what has been successfully applied.（Tieri,2018） The 3D technology has shown a tremendous progress and still, the majority of the development is ongoing. Below, an informative description of the VR definition and device will be presented to provide the context for a proposal and the…

There are countless ‘how to’ videos all over the internet that explain everything from how to complete a certain mission in a game to how you build own car and building Personal Computers, or PC’s, is no exception. Platforms like YouTube are saturated with videos about how to build your own PC and how easy it is to do.

Cyberspace, otherwise known as ‘a notional environment in which communication over computer networks occurs.’(Wikipedia 2018), has facilitated the birth of many weird and wonderful things, including an entirely new culture with new ideas and perspectives. This can also be understood as Internet culture which includes various takes on areas such as design, music, art and even forms of language. Today’s youth are the primary consumers of this culture, eating it up like a dog eats up…pretty much everything:

Internet art, as previously acknowledged, is a direct result of internet culture. Although most are created using some kind of computer software/programming, internet art can be anything that is uploaded through a web browser e.g. ‘images of paintings uploaded for viewing in an online gallery.’(Wikipedia 2018).
Vaporwave is an internet art movement with a distinctly different look. It initially began as a meme and form of electronic music that…

In an era where the rate of technological advancement is increasing more dramatically than ever, the introduction and application of new technologies – more often than not – comes hand in hand with the question just because we can do something, does it mean that we should? Through my digital artefact I would like to explore the conversations that this question generates, investigating the ethical concerns surrounding emerging biotechnologies, and how these concerns are manifesting in science fiction. Biotechnology can be defined as ‘the manipulation of living organisms or their components’(Merriam-Webster Dictionary), examples including stem cell research and agricultural genetic modification. Biotechnologies such as these have been met with resistance on various fronts, primarily due to their moral ambiguity and uncertainty regarding the potential wide-spread and long-term ramifications. Informed by the reality of progressive biotechnologies and bioethical debate, science-fiction reflects existing perspectives and possibilities, and acts as a vehicle for the exploration of the potential for biotechnology, encompassing within it both the hopes and fears of society.

Stem cell research and agricultural genetic modification are two biotechnologies which are already prevalent in society. Stem Cell Research is conducted by biologists on stem cells obtained from two main sources, Pluripotent cells and Totipotent cells. Pluripotent cells can be found in various places, such as bone marrow, the liver and the brain, while Totipotent cells are extracted from human embryos. This is where the controversy begins, as the extraction of Totipotent cells for research purposes results in the destruction of the embryo. Discernibly the most imperative question in the debate surrounding stem cell research, is when does life begin? The Catholic church has voiced strong opinions in opposition of Totipotent stem cell research, in ‘Donum Vitae’ Pope John Paul II establishes the Catholic understanding that human life begins at the moment of conception, so each embryo is entitled to the same protection as any other human being. The Catholic Church is openly supportive of SCR involving Pluripotent cells, but is strictly against any form of research involving the destruction of human embryos, as the destruction of human life is considered by the church to be gravely immoral. However, there is division in the Anglican Church, as Anglican authorities debate the status of the embryo. Some archbishops propose life begins 14 days after fertilisation, based on the premise that conception and fertilisation do not occur concurrently. Others maintain that an embryo at any stage of development is classified as a human being and is entitled to the same rights.

The Eastern Orthodox Church present as a united front that stem cell research involving totipotent cells is morally and ethically wrong in every instance, asserting there is no difference between an embryo inside or outside the womb, effectively equating the issue to abortion. They maintain that life begins at conception, and the willful taking of a human life in order to obtain the cells required for research is murder, ‘Under the microscope, the embryo is a clump of cells. Under the larger lens of moral clarity, the death of the embryo is the death of a human being’ (Rev. Johannes Jacobse).

While Religious institutions have been a significant opposition to controversial biotechnologies, there are also many objections on scientific grounds. Agricultural genetic modification is widespread in the global food industry, with crops being altered at a cellular level in order to produce more favourable characteristics. With modern science, crops can now be engineered to become resistant to droughts, floods and insects, grow larger and more consistent in size, and contain vitamins which are not naturally present, such as the addition of Beta Carotene in rice – which is known as Golden Rice – to ensure people without access to adequate nutrition consume a healthy dose of Vitamin A. The long term effects of the creation and consumption of genetically modified foods is relatively unknown, while there are undoubtably significant benefits, some studies have shown less favourable results, such as the development of lung disease in mice which have consumed genetically modified peas. Many scientists also see genetically modified foods as a threat to biodiversity.

These fears surrounding controversial biotechnologies and their potential for further development can be seen manifesting in science-fiction. While the technologies themselves may lean more towards fiction than science, the ethical concerns accurately reflect those present in society. A recent science-fiction television series which deals with these concerns is Orphan Black, a Canadian sci-fi thriller which raises issues about the ethical implications of human cloning and it’s effect on personal identity. While the full potential of human cloning is at this point more fiction than science, the possibilities are enough to generate viable concerns. In Orphan Black the clones are treated as objects,“this organism and the derivative genetic material is restricted intellectual property”, they don’t have ownership over their own bodies, which illustrates the concern regarding consent and human rights.

For my digital artefact, I’m leaning towards a blog, so I’m able to use various media while also including text. I intend to focus more on how the concerns surrounding the realities of biotechnology are manifesting in science-fiction rather than current opposition to established biotechnologies. I would like to interrogate how the ramifications of biotechnology are portrayed in multiple works of science fiction, and the ethics behind a science which essentially violates nature.

In an era where the rate of technological advancement is increasing more dramatically than ever, the introduction and application of new technologies – more often than not – comes hand in hand with the question just because we can do something, does it mean that we should? Through my digital artefact I would like to explore the conversations that this question generates, investigating the ethical concerns surrounding emerging biotechnologies, and how these concerns are manifesting in science fiction. Biotechnology can be defined as ‘the manipulation of living organisms or their components’ (Merriam-Webster Dictionary), examples including stem cell research and agricultural genetic modification. Biotechnologies such as these have been met with resistance on various fronts, primarily due to their moral ambiguity and uncertainty regarding the potential wide-spread and long-term ramifications. Informed by the reality of progressive biotechnologies and bioethical debate, science-fiction reflects existing perspectives and possibilities, and acts as a… 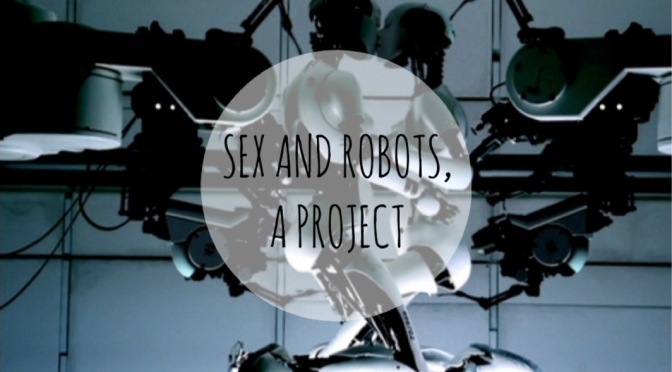 Have A Beer With V

The human condition is a complex fabric of emotion, morality, aspiration and conflict, constantly moulding us to fit the environment we are situated in. It weaves a complicated, ever-evolving web of psychological and physiological needs, and sex, as it happens, is a strategy we utilise to meet our psychological needs.

For the class “Future Cultures” (BCM325) I have decided to explore the world of the future athete. Now when we think of sport many people come to the idea of a physical game with long established codes, support and recognition. Now this outlook if fine, and correct to say the least. These are the most recognisable types of sport. But within the new generation new professional athletes are coming to the forfront. These are Esport gamers, the top players from there respective games and the ones who come together for some of the biggest competitions in recent history. My research project will look into what an Esport is, Which culture supports these players and how it impacts the lives of those around. The development of Esports is starting to grow in the modern day, and will continue to grow for many years to come.

The world of competitive video games… 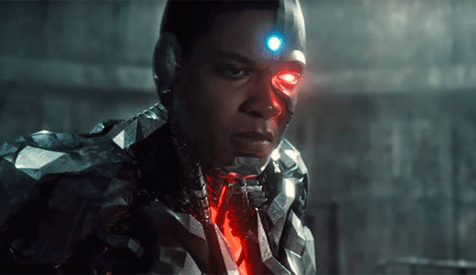 “We are all chimeras, theorized and fabricated hybrids of machine and organism; in short, we are cyborgs.” – Donna J. Haraway When one imagines what a cyborg might look like they might imagine a character like Darth Vader from Star Wars, or the Borgs from Star Trek, or Iron Man, or Cyborg from Justice League. […]

via We Are Cyborgs – Task 1 — dainafuller