Vi Vi Vector, started out as purely artistic expression, displaying iconic snapshots or posters from iconic movies and digitally re-imaging them through the form of vector art. They were then put on Instagram and eventually transferred to the online marketplace ‘Redbubble’. However, the products and quality of the products that were being sold with my vector art, on Redbubble didn’t fit with the audience or aesthetic I wanted to associate with my brand. Not to mention the profit margins associated with selling on the marketplace only allowed around 10% profit gain, which for the time and effort put into each piece, with next-to-no recognition, was quite disappointing.

Placing one of the most essential ideation methods into practice, I decided to brainstorm the best way to actively facilitate a way I could possibly enter the market selling vector art as my own rather from a…

My digital artefact is about the future of protein food in the short-term (3 years), medium-term( 20 years) and long-term (100 years). Since the technology developing speed and the natural environment is and will be different, so I have mainly discussed one animal protein alternative for each period, which is plant-based meat, cultured meat and insects respectively for each period.

The whole blog series starts with a simple but clear explanation about why we need meat substitutes. What is the main alternative that the public will consume in 3 years, 20 years and 100 years, I also listed the pros and cons of each meat alternative for each period.

I originally planned to film ‘what I eat in a day’ style video to show my prediction about future protein food. However, I later found out that it would be very difficult. So I…

Project’s concept: My DA focused on the the relationship between AI and human interpreters. With the rise of machines, can human still make a living? When it comes to the occupations like translator and interpreter, what are the advances AI have made and what are the challenges with the fact that there are subtle differences among different languages. In the short, medium and long term, what kind of role machine will play in this relationship?

Iteration: At first, I didn’t figure out what DA I really want to demonstrate in my first video pitch until I got the feedback from Callum Harvey and Alexander Mastronardi. Callum suggested me to do some research on ‘whether AI would replace human interpreters ‘ while Alexander gave me a clue that I can focus on ‘how current interpreters are already using emerging technology’. So I did…

As part of the Future Cultures (BCM325) subject, I have been developing a digital artefact (DA) addressing a future challenge throughout the Autumn semester. Initially inspired by the holographic counterpart singers performed in the opening ceremony of an e-sport event, my project has pivoted around holography’s potential usage in improving lecture attendance of regional campus students. Employing a 3-time scale development model, I divided my DA into 3 stages of construction, which refer to the short-term future (5-10 years), mid-term (20-30 years), and long-term (50 years)

My digital artefact was something that challenged me as a student and as an individual. The concept of my digital artefact had changed regularly throughout my future cultures experience. Although I believe fundamentally towards the end I had accumulated my ideas, responses and criticism to make something I believe is relevant for the future. The concept of my work was to create a blog that targeted issues regarding identity and how it can change the future in different scales, whether that be long or short term. So far I only have one post on my blog, which is aimed towards gender selection. Although I only have one post at the moment, I would like to actually continue this blog for several concepts regarding identity and addressing the future once this class has commenced. I had produced a post that I had taken the time to accumulate ideas from myself… 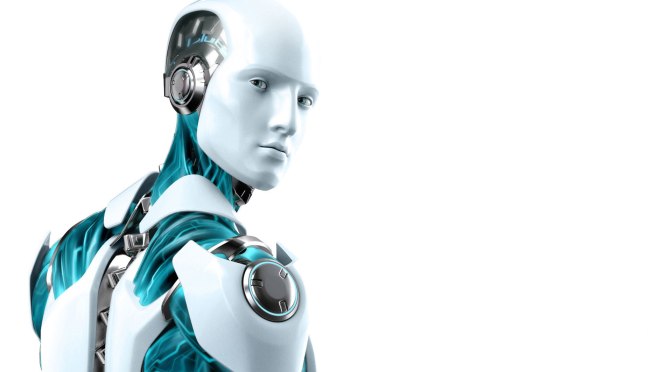 Are Robots Taking Our Jobs? A digital artefact by Vilde Haaland Axelsen

From my first pitch, I decided that I wanted to look into how technology and robots are ‘taking over’ the world. At first, I wanted to look at robots in general and in every aspect. I soon after the feedback from my pitch that is would be too broad and that it would be more feasible if I only looked at one aspect, and therefore I chose to look into how technology has taken over our job and what it might look like in the future. Therefore, I named my DA Are Robots taking out jobs? I hoped to answer this question through my research.

I originally wanted to look into the long-term future, around 50 years from now. But when I was starting to write my Digital artefact, I soon found out that it would make more…

The concepts in my final digital artefacts and original ideas are not much different. At the time, I made some changes to my plan based on feedback from my tutor and my peers after the first DA project presentation, from researching artificial intelligence announcers to studying and writing robots.
Machine writing dates back to the 1950s. The machine was just used to translate and study the text at that time. Until the 1970s, the expansion of computer technology applications led to the study of machine writing in other fields, such as using machine writing to generate description texts in games, and scholars began to try to create isolated sentences. In the 1980s, machine writing technology was developed by leaps and bounds, and gradually applied to the generation of paragraphs and chapters. With the development of advanced technology, by the beginning of the 21st century, machine writing technology is mature, and many fields have begun to independently develop and use robot writing systems including the news industry (Li et al. 2018). From a world perspective, the widespread use of writing robots has led to the development of journalism around the world. According to the US Geological Survey (USGS), the Los Angeles Times has been automated writing report since the earthquake in 2014. An agency in the Netherlands uses an intelligent algorithm to write simple language stories for children’s news lines. Tencent, the Chinese technology giant, has demonstrated a system that can automatically write about voice reports. The Chinese national news agency, Xinhua News Agency, is also increasing the use of artificial intelligence in the workplace (Baraniuk 2018). My methodology is mainly based on a large amount of reading news and academic articles. I didn’t do the survey because I think there are many limitations to this type of survey. For example, the options are very rigid. This does not apply to the ideas of each participant.
Moreover, the problems I studied were more esoteric, so I chose to summarize the opinions published by the experts in the media area on the Internet about writing robots and intelligent algorithm writing. Fanta (2017) said in the article that today’s news automation is not automated. Such applications suffer from many drawbacks such as limited data access, inadequate technology, and different cultural restrictions in newsrooms. So he believes that in the future, the development of writing robots should focus on improving the ability of intelligent systems to generate data and the ability to make natural language automatically.
I think the strong point of this project is that through the research we know that the future news industry will still have jobs for media students, and We don’t have to panic for future replacements with robots. The limitation of the investigation is that it is now in the period when artificial intelligence is just beginning to develop, and many things are unpredictable. And for my entire work, the scope of the study is narrow. Because I only focus on human editing will not be replaced, but there are still many positions in the news industry to be studied.
Reference:
1. 李凌云、闫敏、任皓：《新闻自动写作若干技术研究》，人民网，2018年2月12日
Li, L. Yan, M. & Ren, H. 2018,’ Research on Several Techniques of News Automatic Writing’, People’s Daily Online, 12 February, accessed 4 June 2019,

There is no doubt that the development of technology has and will continue to change our lives profoundly. In the era of information overload, we are not looking for information, but the information is surrounding or even drowning us. Writing robots, algorithm recommendations, robot anchors, these seemingly “futuristic technology” concepts have appeared more and more frequent in people’s field of vision in recent years. It can be said that this is the best era for the development of the media industry and also the worst age. This will continue to affect journalism as the external environment continues to change. However, media workers are starting to get nervous, and the students who want to work in the newsroom are confused about their future.

This is such an interesting and great pitch. I also really like the play on words with your name and your D.A idea. I am assuming the “Vi” is from your name? Correct me if I am wrong lol.

You addressed the feedback you received from your first pitch really well. Your D.A is definitely sustainable and reusable especially as we move into a more digital age. With many environmental issues becoming more and more apparent the market for e-cards is certainly growing.

I was wondering in the future would you consider personalising your product. I went on your Instagram and it’s really well put together, aesthetically pleasing and you seem to have gained a small following on there. So I thought would you be opposed to opening a poll or asking your following what they would like to see? Even if you were tossing…

I am sure I am not alone in saying that live tweeting was one of, if not my favourite part about participating in BCM325 Future Cultures this semester. I myself had never engaged in live tweeting this extensively before so in the first couple of weeks it was a struggle to get the hang of it. However after my last critical self reflection I learnt a number of things.

When I first started live tweeting my responses and comments on the live screening were more surface level that academically challenging. I commented on what I saw more from a more shallow perspective. I quickly realised that this was to be expected because I was not conducting enough research prior to the live screenings and thus my engagement was as in depth as it should’ve been.

This is a revised beta presentation of my former one. Some unclear parts are clearer hopefully.

My DA is going to address the future cultures challenge with regard to the future of interpreting. With the development of technology, more and more people believe that we don’t need any human interpreters in the future. So my responsibility is to do some research and draw an objective conclusion. The feedback I’ve received from previous have been taken into consideration which made me focus on specific aspects of the impact of AI on interpreting.

The method I’m going to take is creating a website on the topic of the future of interpreting. The social utility of this topic is to arouse people’s awareness on the important role interpreters play in the international arena and make them ponder about prospects of language barriers.

Then the researches I’ve done in this area are including two parts: First, from the perspective of some official organizations such as the United Nations, how do…