After a semester of research into online identities and branding, I finally  have a finished product!  Definitely the most interesting research based assignment I’ve undertaken at university which is both brilliant and terrifying because the research hasn’t just stopped because I finished the subject.  Anywho, the image below is linked, and the PDF is interactive (aka the contents gives you a quick jump to the right page), hope you enjoy!

This work is licensed under the Creative Commons Attribution-NonCommercial 4.0 International License.  To view a copy of this license, visit http://creativecommons.org/licenses/by-nc/4.0/.

That means you can SHARE and ADAPT this work, as long as it is for NON COMMERCIAL purposes and you give ATTRIBUTION.

A Digital Network: Brand and Consumer 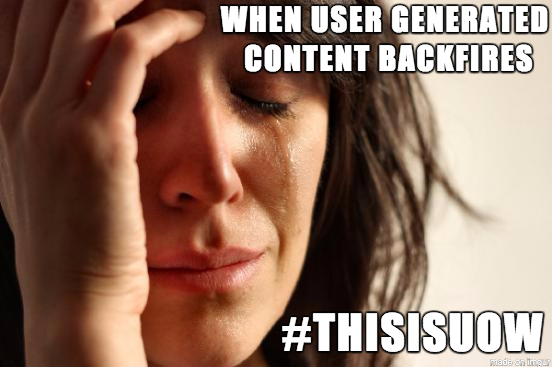 When brands utilise fan made, or user generated content, it becomes the advertising equivalent of citizen journalism.  It promotes the idea of participatory culture, while also adding to the narrative of the brand identity, and creating a community of collective understanding, collective intelligence, and collective passion (or brand tribes) around the brand organisation.

Bruns (2007) outlines characteristics of produsage with these 4 main points:

A great example of a brand utilising user generated content to tell a targeted narrative are the hashtags UOW promotes to highlight student culture: #ExperienceUOW (1 | 2

Personal branding is something we all interact with in this digital age, whether consciously or not.  Creating a username for a site you sign up to is one of the simplest ways this can play out: that username you choose is meant to reflect you, your identity, and act as an identifier for others, alerting them to your posts and interactions.  Further signifiers such as your profile picture/dp/avatar and bio boxes solidify this identity, giving other people more information about the online persona.

Let’s take a look at my own twitter profile and what I believe it says about me:

*This is a continued conversation from the discussion about Online Branding*

Branding doesn’t necessarily have to relate only to corporate identities, meaning it can apply to personal identities as well.  Each of us are a part of our connected, digital age, partaking in different forms of social media, creating an online presence documenting what we want others to see – essentially curating our own personal branding.  This is an important aspect in our digital age, to the point where celebrities have a publicity team who help them to collate their online presence in order to further their personal brand.  This can also mean that the online personal brand does not necessarily match up to the reality of the person, as you are presenting, a part of, or an idea of you in order to further the presence.  This is because we focus on strengths rather than a full picture… 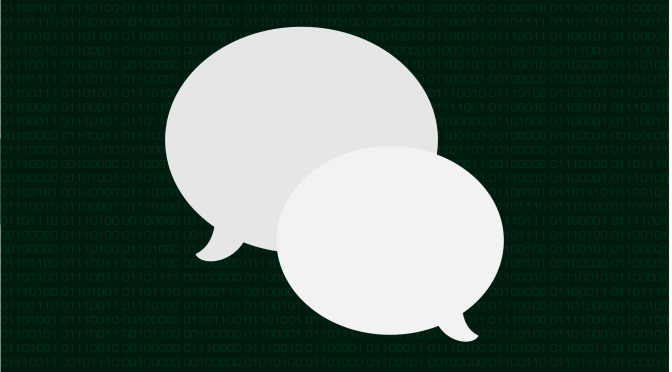 So in my last post, I set up my ideas of branding, and started to explore how the concept related to cyberculture.  That post was a great foundation leading into the next leg of research: a series of questions about how these brands interact with users, and what the future could also hold.

Cybercultures allows for a great deal of interaction between brand and consumer, but I question who really has the most control?  The internet is a great space for open communication, but does that tip the balance of control in the opposite direction to where it has typically been.  The lecture on Cyberpunks let me consider this idea, in relation to users who have that power and choose to abuse it – trolls who are interacting with brands for the sole purpose of derailing the brand image.  The ‘trollpunk‘ audience hijacks the presence of the brand with the intention to disrupt the hierarchy of power, (Chen 2012) and this is becoming a social norm.  Chris’s comments in the wk4 lecture: “[I]n the absence of the body, means people can have powerful emotional responses” (Moore 2016), could also lead into this idea, of having heightened emotional responses. The lack of physical, real time presence means there is this time to plan, curate, and execute never-ending arguments – either to troll, or to respond.

This idea of trolling leads me to consider online presences, and automatic responses, either from brand or consumer.  Twitter bots are quick and easy to set up, and could be used for a great number of things, but does this mean that we are heading towards an online social media network of artificial intelligence?  If twitter bots are becoming more accessible to create and utilise, and the responses are becoming more realistic, then does the future of online branding lie in a self evolving AI structure with base ideologies that mirror those of the brand, and evolve depending on the audience that interacts with them.  Microsoft’s recent attempt resulted in something they were not proud of, however it mirrored the idea of “destabilisation of established order by the development of artificial intelligence” (Moore 2016) as users interacted with the AI account in order to change it from an ‘innocent’ bot modelled after a teenage girl, into a nazi sex bot (Horton 2016).  The Barbie brand is also planning on peering into the cyberculture world, incorporating their dolls with AI so that children can have real conversations with the toys, adding a new layer to the identity of both the doll and their brand, creating a new brand presence through each doll as they are interacted with.

Branding is not the logo, it is not the name, but rather it is a conceptual idea, which gives consumers ‘something to believe in’.  It is a set of beliefs that open the door to a relationship with your audience.  The name, the logo, the media strategy are a set of identifiers for the brand which create a link between brand and and product, giving a more tangible image to identify the brand by.

So if branding is an idea, how does this relate to cybercultures?

The introduction of the internet has changed the way in which brands approach their audience.  The experience becomes less about the product, and more about the consumers by utilising networks within the internet to create a social impact, creating a new network of consumers who not only have an interest in the ‘products’ being sold to them, but they also share a connection to the company through their belief system and the way in which they interact with their audience.  The audience is not a passive body who will listen and agree to whatever you say, the audience is a body of people who crave connection, crave a sense of belonging, crave a relationship. Cyberculture is what enables this relationship to be formed between brand and consumer, as it allows companies to tap into a network which operates through a social basis – sharing, learning, collecting, and adding to the collective knowledge through a digital realm.

Cyberculture has created a platform for brands to incorporate user generated content as a way to promote their ideals, while also celebrating the consumer, their lifestyles, and their practices.  The focus is not so much on the brand itself, but on the people interacting with it, forming a vastly different approach to the old methods of creating brand awareness. It creates a space for conversation, which moves beyond a brand just being a product, and into something which becomes more than a product: something which reinforces the idea of the brand. My research will focus not on the idea of a brand itself. Rather, it will focus on how brands interacts with the internet — particularly social media — in order to extend their brand awareness and forge valuable  connections between the brand and their target audience.