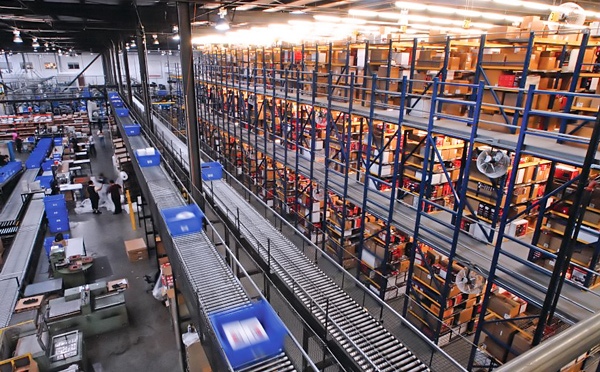 With months of speculation, Amazon finally seems poised to officially enter the Australian marketplace with a ‘Amazon insider’ telling The New Daily  that they’ll have arrived ‘no later than 2017 to early 2018’. This aligns with other sources such as Business Insider noting on January 17th that Amazon had ‘more than 100 job vacancies listed for Australia’, one of these roles detailed hinted at ‘revolutionising… the grocery shopping experience’ to include fresh food delivery in the roll-out. Amazon also surprise launched their ‘Prime Video’ service in November 2016 to compete with the already cut-throat local competition.

So it seems Amazon’s arrival is near, but what does this mean for retailers? Watermark Funds Investment chief investment officer Justin Braitling was quoted stating their plan is to undercut the market by ‘around 30%’, with their intentions to effectively ‘destroy’ the status quo. Looking at a report by Credit Suisse reflects these concerns, envisaging JB HIFI could see up to a 33% decline in profits, with Myer topping even that at 55%.

Despite these concerns, others such as Danny Ing, the founder of inventory management software ‘Cin7’, see Amazon’s marketplace as a miraculous opportunity for small businesses in particular who can now ‘open up a massive new market’ and become part of a ‘globalised cottage industry’. This means that Amazon’s global 300 million users will now be accessible and will facilitate rapid growth for choice Australian sellers.

With promise of creating jobs and expanding the marketplace for consumers, it’s important to remember that ‘the workers they are hiring aren’t the same ones being laid off’, so says Harvard economics professor Lawrence Katz. In the US we can see that department stores have felt the impact of online retailers, letting go ‘thousands of staff in recent months’. While businesses and employees around Australia haven’t been similarly affected yet, this will surely change soon with the ‘incredible efficiency of Amazon’s distribution system’ which is unparalleled locally.

Gerry Harvey, bless the man, boldly states that ‘If they’ve [Amazon] got a cheaper price we will match that price, and we’ll give them the service, delivery and after sales service and they will be a lot happier than if they dealt with Amazon.’ Professor Mark Ritson rebukes those claims however, noting that regardless of what Gerry says ‘in front of the cameras’, it will be different behind closed doors. ‘He wants to communicate that Harvey Norman will match Amazon penny for penny for the consumers, but the reality is you can’t do that, and he knows it.’

In my preliminary research, I’ve seen two common concerns with Amazon’s entrance according to internet commentators. Firstly, that Amazon must have a solution to Australia Post’s woeful delivery times. A commenter using the handle ‘NegativeZero’ attributes the success of the free ‘Prime’ delivery system to the ‘godawful minimum wage… (so they can have more drivers doing deliveries)’ combined with the postal services in the US being ‘miles ahead of Australia Post in both cost and service quality’. Having both a comparably high minimum wage, and a lacking postal service, presents a barrier for Amazon.

Secondly, and the issue I’ll be most focusing on for my research report, is concern for the jobs of those affected by the automation of process like warehouse logistics, order fulfillment and distribution.

With unimaginable working conditions, and the cost to solve them, we can see why Amazon would be happy moving towards automation. The NY Times cites of Amazon’s efficiency; ‘they don’t use as much labor’. The profit of these ‘superstar firms’ is therefor ‘split among fewer workers.’

In Creating the Global Shopping Mall: The Case of Amazon, Voigt notes Amazon’s acquisition of Kiva Systems (now Amazon Robotics) which manufactured storage robot to improve the fulfillment process (p. 73, 2016). And, while Amazon’s warehouses aren’t devoid of human workers yet, ‘Amazon continues its work on removing the human element from this too’, according to David D’Souza of CIPD London.

Co-Founder of Kiva Systems, Raffaeollo D’Andrea, wrote in A Revolution in the Warehouse: A Retrospective on Kiva Systems and the Grand Challenges Ahead that the ‘average mean time between failure of mobile robots at the time was 8 hours’. With a 1000 strong robotic workforce, there would be 3000 incidents every day. Using innovative but cheap sensors, GPS systems, and clever algorithms vastly increased productivity (p. 638, 2012). D’Andrea believes that ‘robotics and automation cannot only create new markets, but also revolutionize established ones’ as evidenced by Amazon’s domination ‘stateside’, and possibly soon in Australia.

This was a quick, preliminary look at sources of interest for my research project into the automation of the work-force, using Amazon’s Australian debut in particular as a case study. In the coming weeks I’ll be refining my inquiry, and definitely utilising more academic and industry sources.